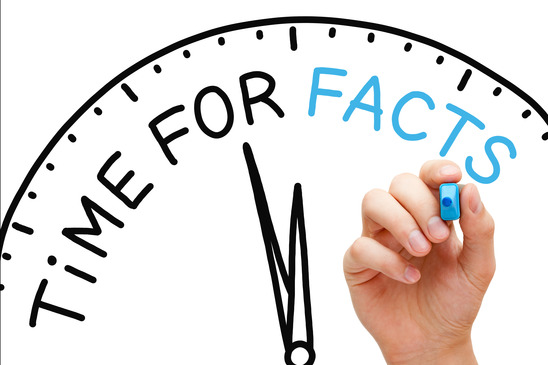 Hand writing Time for Facts concept with blue marker on transparent wipe board.

The California Labor Commissioner has issued its first opinion on California’s new paid sick leave law.  The opinion clarifies how many hours of paid sick leave an employee is entitled to receive under the “lump sum” method of providing sick leave at the beginning of a calendar year or 12-month period.

Under the California Health Workplaces, Healthy Families Act of 2014, over 6.5 million California workers are now eligible to take paid sick leave. The new law, which took effect July 1, 2015, and is codified at Labor Code Section 245 et seq., requires employers to offer at least 24 hours or 3 paid sick days per year to employees who work 30 or more days within a year from their employment start date. Workers will generally earn one (1) hour of paid sick leave for every thirty (30) hours worked.

An employer generally has the right to cap the amount of sick leave an employee can use in a year to 3 days or 24 hours and can cap accrual at 6 days or 48 hours in a year. Under the accrual system, an employee may carry over unused, accrued sick leave from one year to the next. However, if an employer does not utilize the “accrual and carry over” system and instead provides the full 3-day or 24 hour lump sum of paid leave at the beginning of each calendar year or 12-month period, then no carry-over of unused sick leave from year-to-year is required.

On August 7, 2015, the Department of Industrial Relations Division of Labor Standards Enforcement issued an opinion regarding the paid sick leave law. In particular, an attorney from Bakersfield, California asked the division the following:

If an employee currently works a regular 10 hour shift, and if the employer elects to proceed under a “no accrual or carry over” system in the manner specified in Labor Code section 246, subdivision (d), does the employer have to “front load” that employee at the beginning of the year with 30 hours of leave (three days at 10 hours per day) or only with 24 hours of leave on the theory that a “day” is limited to a maximum of eight hours?

The Labor Commission’s attorney responded that the new law sets a mandatory minimum threshold for paid sick leave for all covered employees in California. The intent of the legislation is to provide employees with paid sick leave without them losing any compensation they would have regularly earned for a day’s work.

With the intent of the legislation in mind, the Labor Commission explained that an employee is to be provided – at minimum – his or her full amount of leave in accordance with the law:

“The term ‘full amount of leave’ means three days or 24 hours.” Because this statutory language specifies a minimum labor standard, and in order to give effect to this minimum standard for all employees, including those that may work more or less than eight hours per day, the language must necessarily be interpreted as requiring “24 hours or three days” of paid sick leave, whichever is more for an employee.

The following example illustrates this point in another situation:

Lisa works at Dylan’s Donuts in Pasadena. Lisa works a 6-hour shift 4 days a week. Lisa’s manager provided her with a lump sum of 18 hours of paid sick leave for the year, which she would not be allowed to carry over. Lisa filed a complaint with the Labor Commission demanding to receive legal relief because her employer failed to provide her with 24 hours of paid sick leave. Should Lisa prevail?

In the above example, yes, Lisa would prevail, because her employer failed to provide her with the greater amount of leave required under California law. As noted above, under the “no accrual or carry over” system, an employer must provide an employee with the greater of 24 hours or 3 days paid sick leave. Since Lisa works 6-hour days totaling 18 hours for 3 days, this falls below the 24-hour minimum.

If you have not done so already, it is important to update your company’s paid sick leave policy to make sure it complies with the new law, as interpreted by the Labor Commissioner.