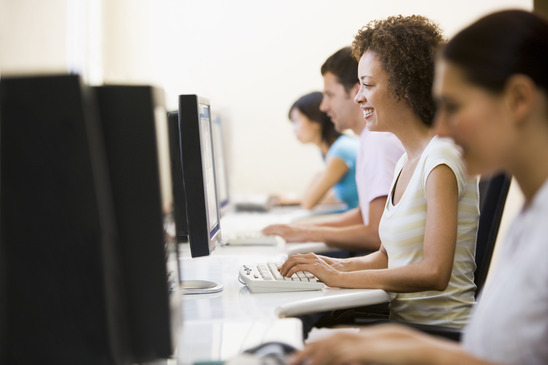 Under the Healthy Workplaces, Healthy Families Act of 2014 (Assembly Bill 1522), over 6.5 million Californians are now eligible to take paid sick leave. This is great news for California residents who work in industries such as retail, food and beverage, and tourism. This new law requires all employers, both public and private, to offer employees at least 3 paid sick days per year. Read on to learn more about this new law and how it applies to California employers and employees.

♦  An employee is required to work for the same employer for 30 days within the previous 12 months in order to accrue paid sick leave;

♦  An employer is allowed to use a different accrual method than the “one hour for every 30 hours worked” method, as long as an employee accrues no less than 24 hours of paid sick leave by the 120th calendar day of employment each calendar year or other 12-month period;

♦  An employer may limit an employee’s use of accrued paid sick leave to 24 hours or 3 days in each year of employment, calendar year, or 12-month period;

♦  If an employer provides the full three days or 24 hours of sick leave as a lump sum at the beginning of each calendar year, year of employment or 12-month period, then no carry-over of unused sick leave from year to year is required;

♦  An employer is not required to reinstate accrued paid time off to an employee rehired within one year of separation from employment if that employee was previously paid out for that unused time (e.g. upon termination or separation);

♦  For nonexempt employees, an employer may calculate sick leave pay at the employee’s regular rate of pay for the workweek in which the employee used the sick leave, whether or not the employee worked overtime that week, or, by dividing the employee’s total wages (not including overtime pay) by total hours worked for the prior 90 days of employment;

♦  For exempt employees, an employer may calculate sick leave pay in the same manner as the employer calculates other forms of paid leave such as vacations.

The new paid sick leave law applies to public and private employers. The law does not provide an exception for small employers or employers with a designated number of employees. All employers should review their sick leave policies to ensure they are in compliance with AB 1522. Employers will need to place posters in the workplace that informs all employees about their rights under the new law.

In addition, employers will need to provide a written copy of their sick leave policy to employees at the time of hire, show, on employee pay stubs or on a separate document issued the same day as paychecks, how many days of sick leave an employee has available, and keep records of hours earned for a period of 3 years.

Employers are not required to provide “additional” paid sick leave if their existing policy complies with AB 1522, or provides 3 days of paid sick leave for each year of employment.

In addition, part-time, per diem, and temporary employees are covered under the new law. There are some exceptions to applicability: 1) Providers of publicly funded in Home Supportive Services (HSS); and 2) Employees covered by collective bargaining agreements with specified provisions are exempt. The law also covers temporary employees of staffing agencies.

Reception of the Bill’s Passage

Supporters of the bill believe that workers can now worry less about losing pay for missing work due medical emergencies or taking care of an ill family member.

“Whether you’re a dishwasher in San Diego or a store clerk in Oakland, this bill frees you of having to choose between your family’s health and your job,” Governor Jerry Brown said. “Make no mistake, California is putting its workers first.”

Opponents of the bill, such as small business owners, believe that it will create a burden for employers. Most small businesses feel that employers should offer paid sick days off at their own discretion.

In Connecticut, another state that abides by mandatory sick leave laws, employers reduced paid leave, scaled back on employee benefits, and reduced wages to cut costs/expenses associated with the mandate. Currently, California, Connecticut, and the District of Columbia have laws mandating paid sick days in addition to 18 cities throughout the nation. Nevertheless, it is not quite clear as to whether other states will adopt similar laws.

For more information on how the California new paid sick leave law will impact you, contact our law office for a consultation. As a business, we can help you gather all the documentation needed to properly inform your employees of their rights under the new law.