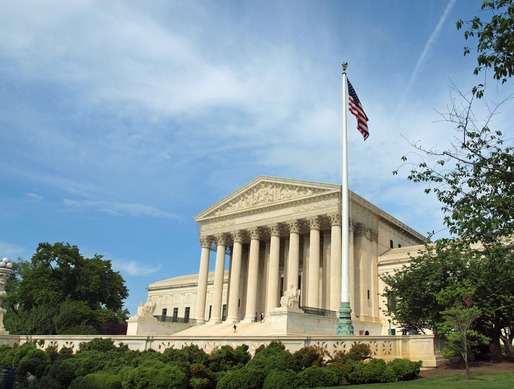 The Supreme Court (SCOTUS) ruled 8-1 in a recent decision against popular retailer Abercrombie & Fitch (Abercrombie) in a discrimination case brought by the Equal Employment Opportunity Commission (EEOC) on behalf of a Muslim teenager. The case stemmed from the company rejecting 17-year-old Samantha Elauf’s job application after she wore a headscarf to her interview.

Elauf applied to work in an Abercrombie store back in 2008. She wore a headscarf to her interview and was later informed that the company would not hire due to their “Look Policy” employee dress code. Abercrombie claimed that it did not discriminate against her because (1) she did not make a specific request for her headscarf to be accommodated by the company during her interview and (2) they did not know the headscarf had any religious value. According to sources at Abercrombie, the manager who interviewed Elauf was instructed by her superior to lower Elauf’s interview score because of her hijab. This ultimately led to Elauf being disqualified for the position.

The case was taken to district court and Elauf was awarded $20,000. The EEOC, which represented Elauf, argued that Title VII of the Civil Rights Act of 1964 protects Elauf from being disqualified as a job applicant with Abercrombie due to her wearing hijab. Title VII mandates that employers are to offer accommodations to their dress code when religion is concerned.

The district court’s decision was overturned by a divided panel of the U.S. Court of Appeals for the Tenth Circuit, which ruled for Abercrombie. Abercrombie argued that it had no way of knowing Elauf was seeking a religious accommodation since she did not explicitly request one during the interview.

The U.S. Solicitor General asked SCOTUS to hear the case. SCOTUS held that Abercrombie violated federal employment law by making a hiring decision that was motivated by the desire to avoid accommodating a religious practice, regardless whether the prospective applicant requested accommodation or whether the employer knew for certain if religious accommodation was needed. According to the Supreme Court,

“An employer who acts with the motive of avoiding accommodation may violate Title VII even if he has no more than an unsubstantiated suspicion that accommodation would be needed.”

The Court went on to state:

Elauf’s case was supported by a broad coalition of supporters of varying religious backgrounds. Elauf was extremely satisfied with the SCOTUS ruling, saying:

“I was a teenager who loved fashion and was eager to work for Abercrombie & Fitch. Observance of my faith should not have prevented me from getting a job. I am glad that I stood up for my rights, and happy that the EEOC was there for me and took my complaint to the courts. I am grateful to the Supreme Court for today’s decision and hope that other people realize that this type of discrimination is wrong and the EEOC is there to help.”

Since the SCOTUS holding, Abercrombie now allows employees to wear headscarves during work hours. Employers should review the EEOC fact sheet on Religious Garb and Grooming in the Workplace to ensure they are properly abiding by federal laws regarding rights and accommodations for religious observances. California law, the Workplace Religious Freedom Act, enacted in 2013, already required employers to accommodate religious dress and grooming practices.